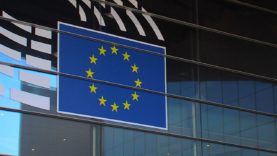 After the World Health Organization (WHO) initially failed to produce their recommendations, on February 1st their recommendations to reschedule cannabis were leaked. Last week, the European Parliament came with their response: take medicinal cannabis seriously. It’s an important message, as clinical trials and the entire pharma chain is taking far too long for patients. The product is already here and is successful as a medicine. Harmonization of regulations is of vital importance to patients!

In this report, we picked out some highlights from the debate at the European Parliament including Luke ‘Ming’ Flanagan, the Irish MEP who referred to Vera Twomey’s struggle for medicinal cannabis access for her daughter Ava. Vera has been traveling to the Netherlands for her daughters required prescription of cannabis oil, where her medicine is produced at the Dutch Transvaal pharmacy. Vera was featured in our report on medicinal cannabis in Europe 3 years ago, which we’ve embedded below.

On February 14th the British start up Grow Biotech imported the first bulk batch of medicinal cannabis into the UK. This medicinal cannabis was produced by Bedrocan Nederland, commissioned by the Dutch government. We had an interview with Bedrocan CEO Tjalling Erkelens scheduled already when Vera Twomey released her reaction to the passed resolution through a video on her facebook page. We decided to show it to Tjalling during the interview to add depth to the interview. He is very much aware of the fact that a lot of patients in different countries are struggling for legal access to medicinal cannabis and it is his firm conviction that ‘harmonisation’ is the keyword here.

He added the next thing is to develop right now in Europe is ‘harmonization’ and unify statewide regulations for medicinal cannabis, so it will become possible to have an exchange of product within the European Union without the borders and we have patient access throughout the European Union. Patients should be able to get their medicine at any pharmacy in Europe, no matter where their prescription was written.

In the full interview we’ve recorded and embedded below, the Bedrocan CEO furthermore talks about the optimal use of medicinal cannabis, whole plant use, science and anecdotal evidence, and reimbursement by health care companies.

To be able to look ahead, you also need to look back. In our mini-series published three years ago about the medicinal benefits of the plant and the struggle of patients to get access to it called medicinal cannabis as a human right, we showcased in part 1 the problems of government interference and the international treaties.

It is likely to be a point of discussion at the upcoming 62nd session of the Commission on Narcotic Drugs in Vienna from 18-22 March. Currently, companies from countries like Israel and Canada are exporting medicinal cannabis, which under international treaties is not allowed.