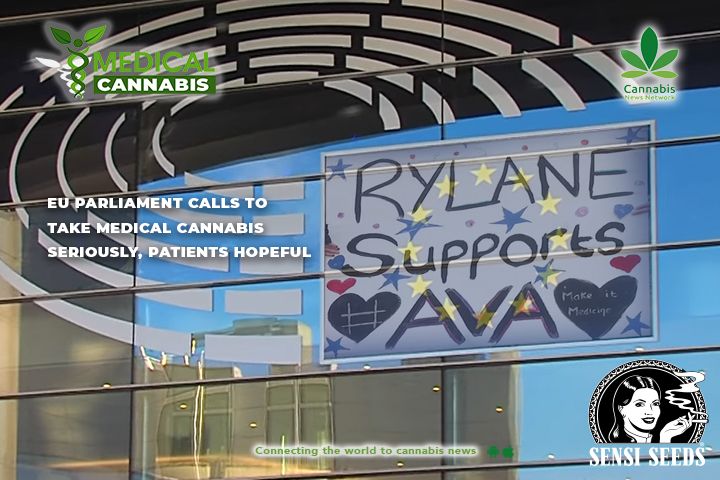 European Parliament recognizes the value of medicinal use of cannabis

In the press release distributed by the European Parliament, bullet points are:

– The EU should stimulate innovation in medical cannabis

– Effective cannabis-based medicines should be covered by health insurance schemes

– Authorities should distinguish clearly between medical and other uses

To do so, the resolution urges the Commission and member states to address regulatory, financial and cultural barriers which burden scientific research and invites them to properly fund research. And the EU should also do more research and stimulate innovation.

The resolution, however, is non-binding, which basically means there hasn’t been a law changed or adapted to enforce this resolution.

Furthermore, the Members of the European Parliament (MEPs) call to allow doctors to use their professional judgment in prescribing cannabis-based medicines. When effective, these medicines are to be covered by health insurance schemes in the same way as other types of medicine, they say.

The regulation of cannabis-based medicines would translate into additional revenue for public authorities, would limit the black market and ensure quality and accurate labeling. It would also limit minors’ access to this substance, they say.

In particular, Irish MEP Luke ‘Ming’ Flanagan showed his support once again for medicinal cannabis access and to improve the lives of families like Vera Twomey’s.

“Vera Twomey and her husband Paul have woken hundreds of thousands of people up to the fact that medicinal cannabis can help, their nine-year-old daughter is now seizure free and the constant trips to the hospital can become a thing of the past. Ava now has a future we need a future be made available to all who need it” he said.

Vera gained recognizion after marching from Cork to Dublin to demand access to cannabis oil for the daughter Ava.

What does it mean for patients

Right now, not so much. It does, however, recognize the value of medicinal cannabis which is a big step. Even if the UK just imported their first batch of medicinal cannabis from the Netherlands produced by Bedrocan, Vera Twomey from Ireland still needs to go to the Netherlands for her daughter’s effective medicine. She recently released the following video on her Facebook account:

Vera spoke back in November 2016 already at the International Conference on Medical Cannabis, which was held for the first time in the European Parliament. Politicians gathered with a range of patients, activists, campaigners, entrepreneurs, and scientists from the European cannabis community to discuss the future of the industry. Her emotional speech was featured in our report ‘U Turn on Medical Cannabis in the European Union: Patient voices’ which has been embedded below.

For more on the European situation, we have in the works a video report to be released next week which includes an interview with Tsjalling Erkelens, CEO of Bedrocan.

We’ve embedded the complete debate below. (With English narration)

European Parliament debates medicinal use of cannabis. from Cannabis News Network on Vimeo.