HomeBlogCBD products in the EU could soon only be available in pharmacies. Is it too late to change?
LIGHT
AUTO NEXT 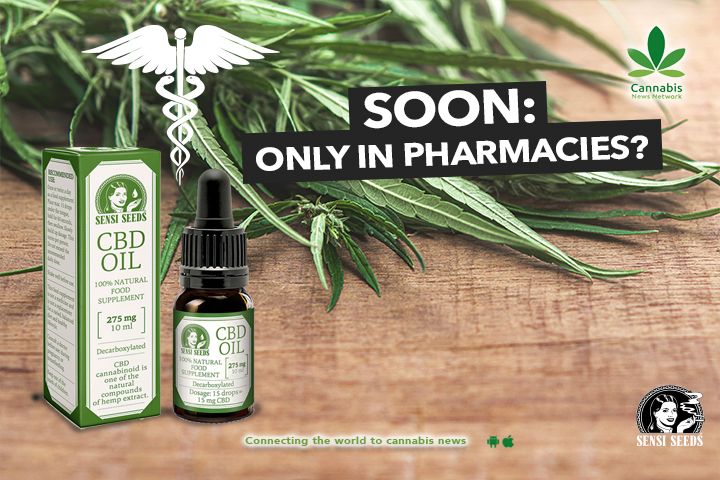 Cannabis News Network
CBD products in the EU could soon only be available in pharmacies. Is it too late to change?
BlogGermanyHempVideos July 4, 2019
838 Views
3 Likes
0 Comments 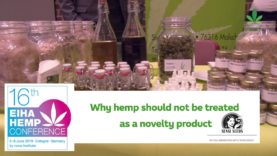 You might soon find yourself looking for your CBD infused products you were buying at your local drugstore, but they’ve suddenly vanished.

CBD could soon only be available in pharmacies.  “Until a further update from the EU, consumers, vendors, and manufacturers may find that the sale of CBD oils, supplements and food is disrupted” warns Hanway Associates, London based Cannabis Consultants.

At the EIHA16 much was spoken about the difference between the regulatory framework in the EU compared with Canada, the USA and other countries. The EU is lacking behind! The Novel Food classification of concentrated CBD that the EU published in January 2019 has only added to the confusion and uncertainty. The EIHA is actively lobbying to get the Novel Food classification off the table or at least keep CBD products on the shelves during the registration process. Earlier this year, the EIHA published extensive evidence contradicting the EU’s claim that hemp foods and hemp extracts -including CBD- were not available in Europe before 1997.

While the rise of CBD, ‘Cannabis Light’ and other cannabis-infused products has been going on for a while, it took until this year for the European Union to act regulatory. And they’re doing so through the Novel Foods authorization. A term you might not be familiar with and rightfully so. If it weren’t for CBD, you would probably have never heard about it.

Unlike the medicinal cannabis resolution passed by the European Parliament, it didn’t come close to getting the same coverage.

What are Novel Foods?

According to the European Union’s webpage on Novel Foods, it is defined as follows:

Novel Food is defined as food that had not been consumed to a significant degree by humans in the EU before 15 May 1997, when the first Regulation on novel food came into force.

‘Novel Food’ can be newly developed, innovative food, food produced using new technologies and production processes, as well as food which is or has been traditionally eaten outside of the EU.

The underlying principles underpinning Novel Food in the European Union are that Novel Foods must be:

– Properly labeled, so as not to mislead consumers

– If novel food is intended to replace another food, it must not differ in a way that the consumption of the Novel Food would be nutritionally disadvantageous for the consumer.

Pre-market authorization of Novel Foods on the basis of an evaluation in line with the above principles is necessary.

How does this affect current CBD products?

It’s hard to name any other than the examples here and even then, it seems slightly odd to qualify cannabis-derived products as a Novel Food considering it’s long documented use. In fact, there’s a whole searchable Novel Food Catalogue on the European Union’s website. Embedded below a previous item we made interviewing the Stanley Brothers on whether CBD should be classified as medicine or food.

Before a product can be legally market in the EU, Novel Foods are required to have a pre-market safety assessment and authorization under the Novel Foods Regulation (Regulation (EU) No 2015/2283. Meanwhile, several European countries now allow low THC ‘cannabis light‘ as we’ve reported on below.

CNN: Hi, thanks for doing this. Could you introduce yourself first?

AUGUST: I’m August de Loor, chairman of CAN (Cannabinoïden Adviesbureau Nederland), a platform for the gathering of knowledge and insights about everything related to cannabinoids. This knowledge and insights are available to everybody who is interested. On top of that, CAN has been an interlocutor with multiple authorities and governments to realize effective policy considering the many positive applications of cannabinoids. The board and members consist of people varying from all parts of the cannabis industry chain, in addition to lawyers, pharmacologists, pioneers from the very beginning, to mainstream companies such as drugstore chains.

CNN: These new regulations seem to have come out of nowhere, how come? Or why not?

AUGUST: The novel food regulation certainly does not come out of the blue. In recent years much has been done to downplay the (so-called wonder) effects of cannabinoids, of contaminated oils, lack of clarity about the composition of the oils (including many overlaps of THC containing oils and pure CBD), of negative perception, politics, media, authorities and authorities about cannabinoids because it is associated with the world of drugs, the cannabis trade, cold water fears in primary health care and mental health care to get started with cannabis products. And all of that within the many European countries.

CNN: What does this mean for the current European CBD market?

AUGUST: The Novel Food Catalogue process can be positively inserted as an instrument of the cannabinoids. So they’re not to be classified under either strict drug laws or pharma regulations but remain as a commodity. The consequence of the Novel Food trajectory is that research is necessary to find out cannabinoids like CBD are (or are not) harmful to health. During this investigation, CBD should be withdrawn (read: should not be sold). And the latter is in many ways an extremely undesirable situation that CAN wants to avoid in all possible ways through consultation with governments, politicians, publicity, cooperation with sister organizations etc.

AUGUST: There’s every reason to work together to ensure that all parties involved work towards a quality mark for CBD oils, which could also be applied to oils with THC. And working towards the legalization of cannabis for recreational use including allowing home-grown cannabis and stopping the witch hunt of house evictions etc.

It’s time to start with this three-step strategy of recognizing the diverse uses of cannabis, not forgetting the fourth aspect of the many beautiful products you can make with this plant!

And in the US?

After the recent passage of the 2018 Farm Bill and the federal legalization of industrial hemp, this week the U.S. Department of Agriculture (USDA) responded to prospective hemp farmers. Furthermore, in the same week, the Federal Drug Agency (FDA) head revealed new details about plans to “pursue alternative pathways for CBD regulation”. Embedded below Doug Fine reporting recently from Hawaii.

“Will it be food? A supplement? A functional food? Medicinal food? That’s the different patterns we’re looking at” Bob Hoban said to us in a later interview.

GW Pharmaceuticals recently managed to get the FDA to approve its cannabis-derived product, now the first federally legal prescription drug.

“Presume I found a berry in a far away rain forest. Nobody used that berry before and I brought it back with me to the United States. And I wanted to make that berry in a drug to treat your specific condition… If I inked that application with that berry with the FDA before that berry was sold over the country as a naturally occurring product, then the drug gets to use that product, not the retailers. So if CBD had to be sold as a supplement or as a food product before GW put in their application in for Epidolex (GW’s approved drug), that is the technical reading of the Food, Drug, and Cosmetic Act.” Bob furthermore states.

On a positive note, Bob concludes: “Considering there are hundreds of billions of dollars already in a US based economy, infrastructure including warehouses and production facilities and consumer demand, I just think it’s too big to fail right now”