HomeBlogFarm Bill 2018: what's next for hemp in USA? 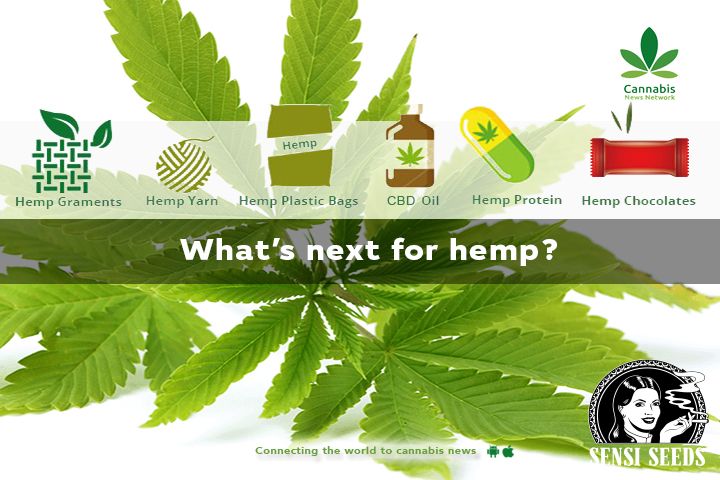 With President Trump’s signature on the Farm Bill in December 2018, Industrial Hemp has been deemed legal again anywhere in the United States after it was made illegal in 1970.

The legal history of Industrial Hemp in the United States

It isn’t the first time hemp is legalized. The 1937 Marijuana Tax Act regulated hemp by levying a tax on producers of the crop, but ended up destroying the hemp industry instead of helping it.

Famously, hemp was promoted through the movie Hemp for Victory in the second World War. The movie came into the hands of cannabis activist Jack Herer, after which it gained popularity and can now be watched publicly. Only to be made illegal again in 1970 because of it’s close relation to Cannabis Sativa and the War on Drugs taking hold.

With legalization comes regulation: from DoJ to USDA

With legalization comes regulation and as such, one of the biggest differences for current and prospective hemp farmers will be that they will no longer be dealing with the Department of Justice (DOJ). Instead, they will be dealing with the United States Department of Agriculture (USDA) or the state government. To be classified as hemp, the crop needs to contain less than 0.3% of THC.

Farmers will also be able to apply for the Federal Crop Insurance Act, in case something goes wrong.

Problematic is the possible regulations about to hit this industry, favoring Big Pharma by considering it a medicine.

CBD may be labeled in the European Union (EU) as a controlled substance, limiting the potential of hemp.

Right now, CBD is not considered a controlled substance by the United Nations (UN) or EU. Rules and regulations around the world are completely random: no standardization in controls and policies.

The question that arises now is, what is the United States going to do? In part because it is likely Europe will look at their progress closely. John Hudak of the Brookings Institute wrote:

“It is true that section 12619 of the Farm Bill removes hemp-derived products from its Schedule I status under the Controlled Substances Act, but the legislation does not legalize CBD generally. As I have noted elsewhere on this blog CBD generally remains a Schedule I substance under federal law… The Farm Bill ensures that any cannabinoid—a set of chemical compounds found in the cannabis plant—that is derived from hemp will be legal, if and only if that hemp is produced in a manner consistent with the Farm Bill, associated federal regulations, association state regulations, and by a licensed grower. All other cannabinoids, produced in any other setting, remain a Schedule I substance under federal law and are thus illegal. (The one exception is pharmaceutical-grade CBD products that have been approved by FDA, which currently includes one drug: GW Pharmaceutical’s Epidiolex.)”

The FDA was quick to respond with a press release regarding CBD through a Statement from FDA Commissioner Scott Gottlieb, M.D.:

“We’ll take enforcement action needed to protect public health against companies illegally selling cannabis and cannabis-derived products that can put consumers at risk and are being marketed in violation of the FDA’s authorities. The FDA has sent warning letters in the past to companies illegally selling CBD products that claimed to prevent, diagnose, treat, or cure serious diseases, such as cancer. Some of these products were in further violation of the FD&C Act because they were marketed as dietary supplements or because they involved the addition of CBD to food.”

It’s furthermore confirmation the FDA isn’t sleeping on this subject.

“We’re aware of the growing public interest in cannabis and cannabis-derived products, including cannabidiol (CBD). This increasing public interest in these products makes it even more important with the passage of this law for the FDA to clarify its regulatory authority over these products. In short, we treat products containing cannabis or cannabis-derived compounds as we do any other FDA-regulated products — meaning they’re subject to the same authorities and requirements as FDA-regulated products containing any other substance.”

For more on the industrial use of hemp, look forward to our new report(s) with hemp expert Doug Fine and take a look at our previously published hemp related reports.