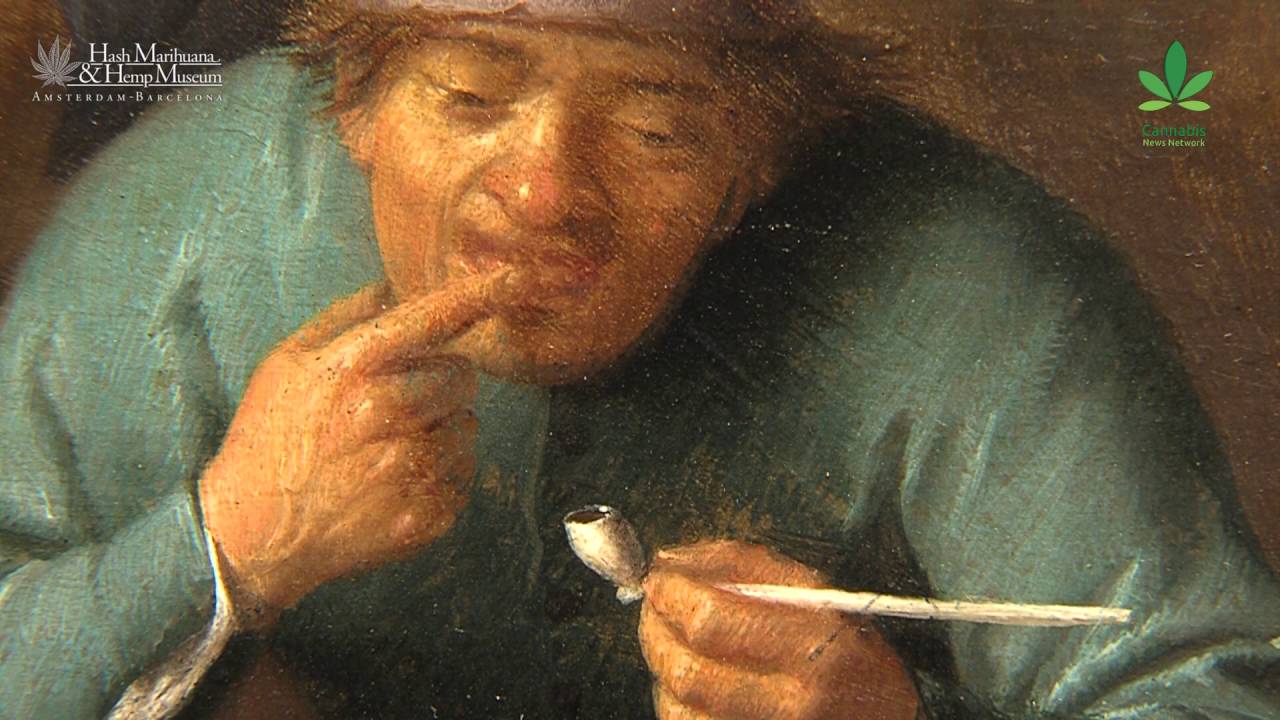 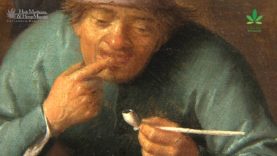 “Three men and a woman are sitting around a table. They are singing, drinking beer and smoking. The man on the left is raising his beer glass in a toast. Apparently… it is not his first drink. The man on the right wets his finger with saliva to push the contents into a pipe, before he takes a deep drag. On the table lays a pipe and a white paper in which the smoking-gear were preserved. What you see is nothing less than a precursor of a modern Dutch coffee shop. They are smoking tobacco mixed with hemp. “

If you think cannabis has been around in The Netherlands since the seventies, you are dead wrong.

This painting is made more than 350 years ago by a fellow painter of Rembrandt, the Rotterdam painter… Hendrik Martenszoon Sorgh.

There were many artists who specialized in painting the raw life, like Inn’s.

Tobacco was introduced in Europe by Columbus who discovered it on his voyages to the New World. For the common man in the Netherlands, tobacco was very expensive. People started to experiment by adding spices such as hemp. This plant was widely grown in the Netherlands for industrial purposes. This kind of painting intended… to strengthen morality. They were not “small portraits of everyday life, but paintings… to show people…. good and bad behavior.

The addition of hemp to tobacco saved money, but, as a bonus, also improved the smoking pleasure.