HomeVideosCannabis PolicyCannabis on Trial in South Africa, Fake Protesters and Arguments Against the Truth
LIGHT
AUTO NEXT 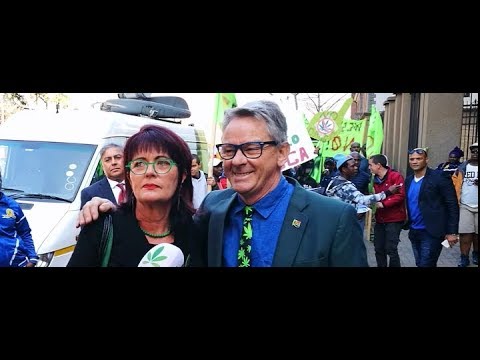 Cannabis on Trial in South Africa, Fake Protesters and Arguments Against the Truth

Cannabis on Trial in South Africa, Fake Protesters and Arguments Against the Truth 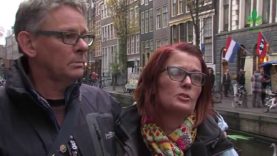 A report about the “Trial of the plant” in South Africa, doctors for life, fabricated protesters and excellent testimony of key witness professor David Nutt.

After seven years of preparing, the Trial of the Plant is on its way. Jules Stobbs and Myrtle Clarke are the driving force behind the Constitutional hearing to beat the cannabis prohibition in South Africa with facts.

This unprecedented hearing with expert witnesses in The Pretoria High Court lasts for a month and we are halfway. Their opposition is not only the state of South Africa but also from Doctors for Life, a pro- Christian alliance. A group of people who believe cannabis is as bad or even worse as heroin.

On their website, they urge for international support to fund their legal Battle against the Dagga couple.

Because of the delays caused by the stalling‚ US oncology professor Donald Abrams‚ didn’t get a chance to testify.

Anti-dagga protesters from KwaZulu-Natal‚ who are staying in a Christian rehab Centre, stood outside the court from day one. Their protest posters and transport being paid and arranged by The Gauteng Department of Social Development.

Inside the courthouse, a key witness of the case, Professor David Nutt took to the stand. Nutt is a psychiatrist‚ neurologist and a world expert in the comparative harmful effects of drugs. He worked for the UK government‚ but was fired in 2007 for telling the truth.

The Lancet is one of the world’s oldest and best known general medical journals.

Professor Nutt faced a cross-examination from the state and Doctors for Life advocate Reg Willis to show dagga was more harmful then Nutt had proven in his testimony. All Willis said and brought to the stand, Nutt cracked all his objections.

At the end of the hearing, Willis called Nutt a moron (accidentally recorded). It seems that some people do NOT want to hear the TRUTH!

The trial of the plant continues until August the 25th.