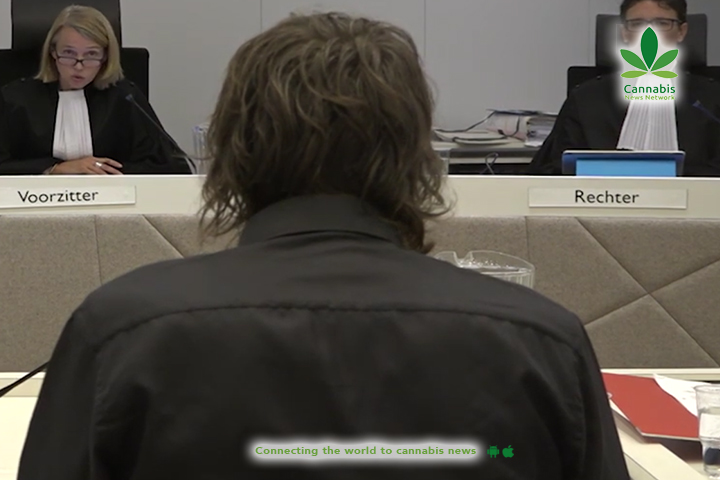 On the 30th of November, René Barendse stood trial for a case against himself over 5 cannabis plants. This sounds odd for a couple of reasons. Firstly, isn’t cannabis legal in The Netherlands? And second, how and why would you sue yourself?

Isn’t cannabis legal in the Netherlands?

To begin with the situation in the Netherlands: no cannabis isn’t legal in the Netherlands. It is decriminalized for personal use and coffeeshops (who have to abide by a strict set of rules) are tolerated to sell small quantities of cannabis. Growing of cannabis remains illegal. Even the Dutch themselves often think growing up to 5 plants is legal, but what they are referring to really is an old police guideline that says they will not prosecute for less than 5 plants. An amendment to allow cultivation of medicinal cannabis for personal use has been stalled in the Dutch government since last year.

The Netherlands was the second country in the world that started a government-controlled medicinal cannabis program in 2003, following Canada in 2001. Ever since, the system has given rise to a lot of dissatisfied patients. And health insurers have pretty much all dropped coverage.

How and why would you sue yourself?

René Barendse sued himself for growing 5 cannabis plants in his garden. Since 2002, René has been in physical pain and discovered the pain relieving properties of cannabis in 2013. But last year, his cannabis was taken from his garden after presumably a complaint by a neighbor after which the police has to act. Like in many of these cases, the prosecutor dropped the case. Two years ago, however, a Dutch judge ruled HIV patient Rudolf Hillebrand can grow his own cannabis.

René is scared his homegrown medicine will be taken from him again and has started an Article 12 procedure. This procedure forces a prosecution. The court in The Hague ruled in May that the prosecution can move forward.

We were present at the courthouse and got to ask René Barendse a couple of questions afterward.

CNN: I saw you were emotional.

René: Yes, so much emotion is released, sadness, anger, fear. You have always been in fear, in your backyard, to grow your plants. You try to organize it in a normal, transparent way. Just so that you do not have to be here (the court) today. And yes, then the truth is different and that takes a lot of energy.

CNN: Why did you choose this path, to sue yourself?

René: It is, of course, a very special situation. As a patient, you are completely standing with your back against the wall so you can hardly do anything else! If I wouldn’t have done anything and I would just let it continue like this, they could just come back into my house in 2 months, without me being there and looting my house and they’re gone! And then they dismiss the case again! And well, these are constructions you really don’t want as a patient. As a patient, you want to be clear about that once in a while.

The verdict in René Barendse his case will be on December 14 at 1 pm.

The court ruled today, René Barendse has been found insufficiently plausible to be able to receive his medications through the coffeeshop or pharmacy. As such, he has been found guilty without punishment.