HomeBlogUN drugs watchdog out of tune with reality 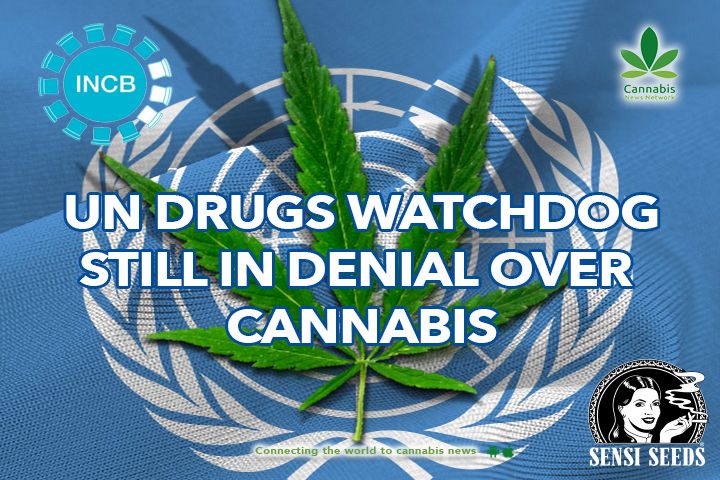 UN drugs watchdog out of tune with reality

INCB out of tune with reality

Ann Fordham, Executive Director of the International Drug Policy Consortium, said in a press release: “The INCB has taken a misguided position in their ongoing attempt to stifle reforms. They fear that welcoming the medical use of cannabis might further strengthen the trend towards regulation, including for non-medical purposes. But their position that medical use should be strictly limited to pharmaceutical cannabinoids, in fact may pave the way for powerful corporate interests to control the cannabis market – something that advocates from both ends of the ideological debate on drugs have long warned against. It is unfortunate that precisely at a time when leadership, guidance and constructive dialogue are most needed with regard to cannabis policy, the INCB has opted to keep their heads in the sand.”

Ann Fordham is also featured in our report on the United Nations’ drug conventions, discussed in Vienna at the Commission on Drugs and Crime in 2015.

Before the 2016 UN Special Session (UNGASS) In New York, we raised concerns whether the UN do the right thing at the UNGASS in a report embedded below.

The outcome of UN Commission on Narcotic Drugs (CND) was “a disappointing compromise, based on a non-inclusive process and one that fails to reflect the fractured global consensus on drug policy” according to the Transnational Institute, an international research and advocacy institute committed to building a just, democratic and sustainable planet.

Elegantly put, TNI furthermore said: “The elephant in the room during all these months of negotiations has been the issue of cannabis regulation and the fear that it could blow apart the very foundations of the global drug control system.”

The news only comes shortly after a leak at the World Health Organization (WHO) showed their findings and recommendations to reschedule cannabis. Not much later, the EU parliament made a call to its member states to take medical cannabis seriously and was featured in our latest report below.

On the other hand, recently bad news came out of the EU about CBD. You might only just have gotten used to finding CBD at the corner of every shopping street, soon it might only be available in pharmacies thanks to Novel Food regulations. As we showed earlier in this report. Mark Reinders CEO of Hempflax and president of the European Industrial Hemp Association warned the industry about the pharmaceutical powers/involvement.

UN member states to meet next week in Vienna

Next week, UN member states will meet in Vienna at the Commission on Narcotic Drugs to chart the way forward on international drug policy. They are doing so “without evaluating progress against the current 10-year UN strategy or acknowledging recent policy developments on the ground. With this latest position on cannabis, the INCB remains part of an increasingly outdated and ineffective drug control system that can no longer deal with the rapidly changing global drug market. The trend towards cannabis reforms for both medical and recreational use is only set to accelerate. To remain relevant, INCB would do well to support governments to negotiate this new terrain rather than seeking to stall and undermine developments in cannabis legislation” as the International Narcotics Control Board puts it well.

Is the EU killing CBD products?