HomeBlogLuxembourg's Cannabis Legalization: How? When? 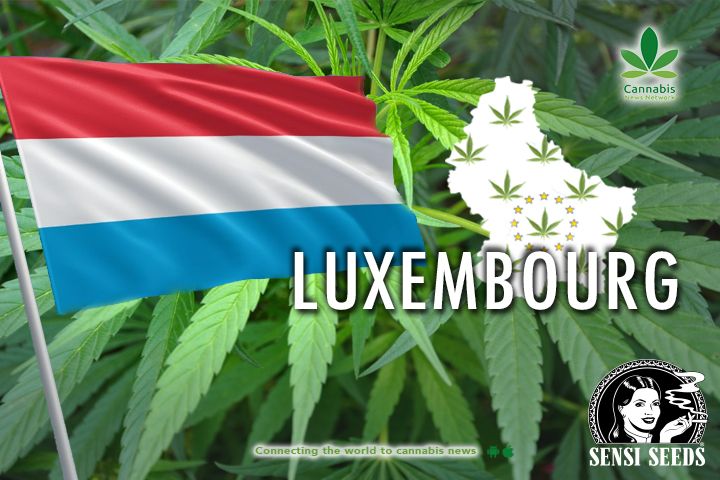 During a press conference in November 2018, the new coalition government of Luxembourg surprised everyone by announcing their plans to legalize cannabis for recreational use.

It wasn’t a complete surprise to those paying attention to the small country bordering Belgium, Germany, and France. After all, the previous government (which mostly carried on into the next coalition) legalized medicinal cannabis earlier in June 2018.

It was around that time, actually before the medical cannabis announcement, a petition was created in May 2018 that would legalize cannabis following the Dutch model. Translated, it reads:

Title of the petition: Legalization of cannabis by means of coffeeshops

Purpose of the petition:
Cannabis should be legalized through coffeeshops if the following conditions are met
– not more than 5 grams per person
– the stash of cannabis may be 500 grams
– no sale to minors
– within 500 meters of schools, coffeeshops are not allowed to open
– sale of other drugs remains illegal

This would relieve the police forces and create jobs. Furthermore, the country would have another source of income.

Motivation of the general interest of the petition:

It is about a policy of tolerating the sale and consumption of cannabis to curb drug-related crime in Luxembourg.

The petition reached its vote threshold within 24 hours, before the medical cannabis announcement took place, after which it was debated in parliament.

And they’re serious about it. Recently it was announced 150 doctors would get mandatory training about medical cannabis. And they’re in talks with Canada on how cannabis will be sold and laws around local production. Rumors are Luxembourg is legalizing cannabis to assist the expansion of Canadian companies in Europe. After all, Canadian companies can import and export recreational cannabis too after Canada’s legalization of cannabis went through.

It makes sense too the announcement was made around the same time the coalition government announced their plans for free public transport. This way, they tackle the potential ‘stoned driving’ arguments they might face from those who are opposed to the measure.

Interview with Joe from GreenPlace Luxembourg

We interviewed a local working in the CBD business selling ‘cannabis light’ to clarify a couple of things. Joe works for GreenPlace Luxembourg, a CBD business which started a little over one year ago and who now have 4 shops in Luxembourg.

CNN: Hi Joe, thanks for doing this. Since Luxembourg’s new coalition announced their plans to legalize cannabis, there must have been an increasing interest in what you are doing. How are you experiencing this?

JOE: We get a lot more questions about when it will be legalized… And some investors are also showing interest.

CNN: How is it possible that without any apparent activism these plans were announced?

JOE: Last year in may a petition was deposed for the legalization and sale of cannabis through the so-called “coffeeshops” like in the Netherlands. The petition was a great success and got the required 4500 signatures in just a few hours after being accepted. I would say this was an eyeopener for our government. In the following debate, the government acknowledged that there is a need for a change in the drug laws.

JOE: You can now get flowers and tinctures on prescription. But they are only sold through the pharmacies of the hospitals, so not in normal pharmacies like in the Netherlands or Germany for example. There isn’t a lot of information about the whole medical program.
Doctors can prescribe it if they think that you can actually benefit from it. They only have to accomplish some kind of training to be able to prescribe medical cannabis. It’s too early to say if its working or not, our first charge of medical flowers from Aurora arrived 3 weeks ago. So time will tell…

CNN: Your shops are selling CBD cannabis, low in THC. What is allowed and what is not under the CBD regulations?

JOE: Exactly, we are allowed to sell hemp and hemp derived products as long as the THC content does not exceed 0,3%. We also sell oils, infusions, extracts, lotions and more. Currently, there are no regulations regarding CBD, but our government is already working on regulation regarding the sale of CBD products.

CNN: Perhaps most importantly, when do you expect the government to go forward with their plans for complete legalization of cannabis?

JOE: Until now, the government hasn’t released any details about when or how it will be legalized. But it looks like it will be decriminalized first and on a later point fully legalized.

CNN: How big of an influence do you think Canadian companies have on this government?

JOE: Our government is working with the Canadian “experts” on a legalization model that fits Luxembourg… And about the Canadian companies, I’m sure that they are looking into Luxembourg. But when they announced the legalization and up until now, they were always talking about locally grown and no imports… But at the moment there are a lot of rumors around and nobody knows what’s possible. The only information that’s sure is that it will be decriminalized first and then legalized.

JOE: We are very pleased that our government has announced this step. Because nobody should be criminalized for a plant that occurs naturally on our planet and has so many benefits. You can follow us on Facebook & Instagram, for the latest updates about CBD and cannabis in Luxembourg.

CNN: Thanks for your time!