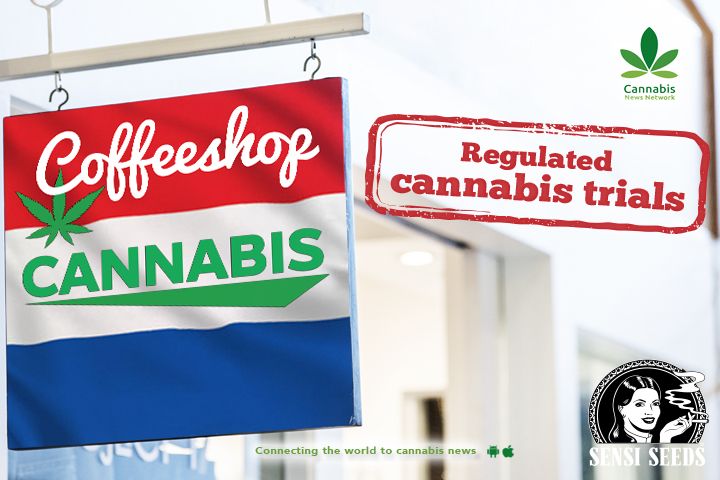 Today the Dutch government voted in favor of starting trials with a regulated supply chain for the coffeeshops. It is an unprecedented move, as never before has the supply chain been regulated. Until these trials, all coffeeshops were dealing with the black market for their supplies.

With these trials, 10 (to be chosen) municipalities will have to abide by the trial regulations. All coffeeshop in these cities are mandatory to take part and there’s no way to opt out. This means a couple things, including no longer black market sales. The trials wouldn’t allow the sale of (mostly Moroccan) hash, for example, leaving consumers used to these products to the black market.

To supply the selected coffeeshops and municipalities there are many uncertainties. It is said around 5 to 10 companies will be allowed to locally produce cannabis and make hash. As a requirement, at least 10 different kinds of cannabis flower and 5 different kinds of hash need to be available. But even these numbers are uncertain. Whether that is per coffeeshop, or a requirement for the growers, is as of writing unclear too.

The Netherlands has been experimenting for over 40 years. Why now these trials?

You could say the Netherlands has been experimenting with cannabis for over 40 years since the tolerance policy. Coffeeshops have been openly selling cannabis flowers and hash under strict regulations. The so-called “backdoor problem” is the biggest paradox of the Dutch cannabis policy: coffeeshops are allowed to sell cannabis under strict conditions, but any wholesale buying or production and cultivation is strictly prohibited.

Growing your own cannabis is thought, even by the Dutch, legal up to 5 plants. However, there’s no law. There’s only a police guideline that says up to 5 plants you will not be prosecuted if your plants are found. They can still take your plants, however, kick you out of your house and cause a lot more problems.

Trials thanks to political compromise

There was actually a law passed in 2017 by the previous coalition government that would regulate the supply chain.

Since then, the law is stuck in the Senate but could still come to a vote in the upcoming March elections. This could make the trials unnecessary.

In the current coalition government, only one party is really publically in favor of cannabis regulation: D66 (Democrats 66). D66 are in the coalition with the leading Liberal party and two Christian parties, CDA and Christian Union (CU). In the previous coalition, CDA spokesperson on drugs Van Toorenburg said she wanted all coffeeshops to close as shown in our report below.

Recently, Van Toorenburg again went as far as calling coffeeshop owners ‘just criminals’. It comes to no surprise that ex-coffeeshop owner Johan Van Laarhoven is still detained in Thailand after foul play by the Dutch government themselves.

“Do not try it at all!” Dutch Prime Minister Rutte told Canadian high school students last year while asked about cannabis during his state visit to Canada. He famously calls it ‘garbage’.

Coffeeshops don’t want it, consumers don’t want it and neither do the politicians it seems.Yet, the trials will be happening. And if it goes wrong? Well, we know how that goes…

Tomorrow Cannabis News Network will be present at a gathering of coffeeshop owners. When we know more, we will let you know.