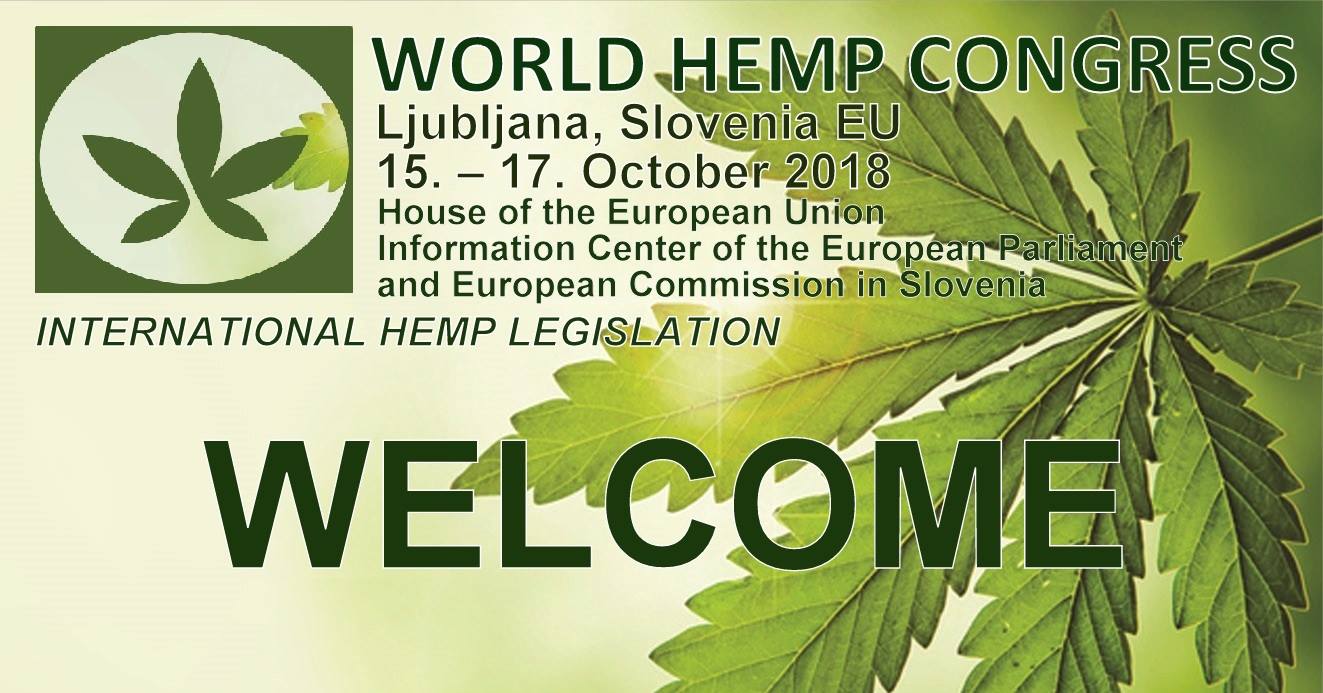 From 15-17 October, the annual World Hemp Congress is taking place again in Ljubljana, Slovenia. We will be traveling down with a team to report from this unique event, organised at the House of the European Union Information Center of the European Parliament and European Commission Slovenia.

Several European countries already allow the cultivation of hemp for industrial purposes, as they’ve done throughout history. But where industrial hemp was mostly used for fibers in the past, it is now making a comeback through Cannabidiol (CBD) and its derivatives.

With over 50 speakers; including hemp producers and politicians, we expect to learn how countries and legislation are bound to follow the revival of hemp through CBD.

Back in 2016, we reported from an International Conference on Medical Cannabis, held for the first time in the European Parliament. A breakthrough! Politicians gathered with a range of patients, activists, campaigners, entrepreneurs, and scientists from the European cannabis community to discuss the future of the industry.

Should Cannabis Social Clubs be included in the legalization discussion?